Born in Suffolk he moved to Babraham in 1822, becoming tenant of Church Farm till his death in 1862. His brother Samuel was a tenant of Reed Barn Farm until about 1879. They both bred Southdown sheep although Jonas received more fame and glory for his herds, leasing rams to breeders in America and Europe. He enjoyed outstanding success with his sheep, presenting one of his prize-winning rams to Emperor Napoleon III, who in turn gave him a massive silver candelabra.

Physically he was a striking man, so much so that somebody sent to give him an invitation when he was due to visit Paris was told to place it in the hands of the noblest-looking man he could find on the cross channel steamer.

Jonas had 10 children and was devoted to his wife who died five days before him. They are buried in the churchyard at Babraham together with two daughters. The statue of Jonas Webb which now stands in the High Street, stood for many years in Cambridge Corn Exchange. 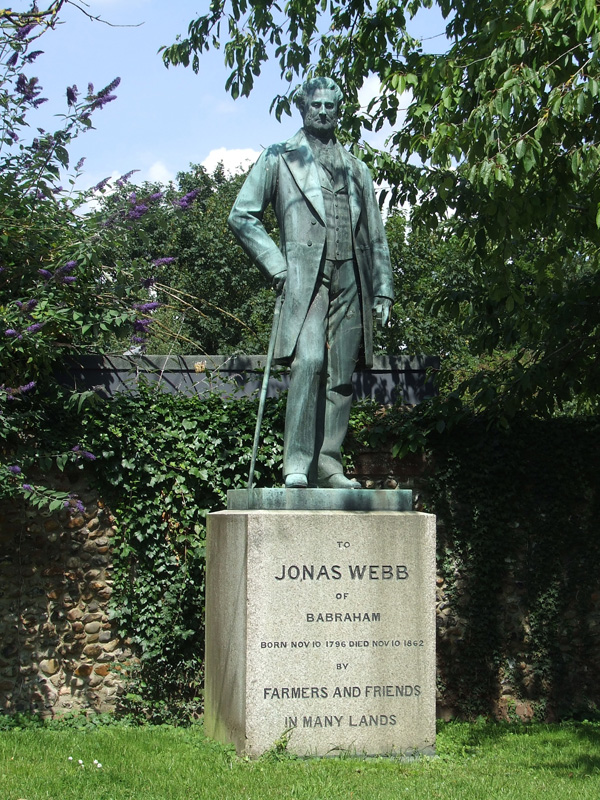