The beautiful St Peter's Church stands central to the village of Babraham: The website for the church can be found HERE.

There has been a church on the present site since the 12th century, when it was dedicated to St Peter, although it is possible that an earlier Saxon church existed there previously.

Although Babraham was a wealthy village thanks to its wool trade, in 1445 the vicarage of Babraham was exempted from taxation, due to its poverty, and in 1535 it was said to be the poorest living in Camps deanery.

John Hullier was vicar of Babraham from 1549 and served the parish for about six years.. On April 16 1556, Maundy Thursday, he was burned at the stake on Jesus Green in Cambridge for heresy (refusing to renounce the Protestant faith).

In 1851 average attendances were 90 people at the morning service and 190 in the afternoon.

The following comes from
The Parish Church of St Peter, Babraham – A Simple Guide by C.C. Ingrey 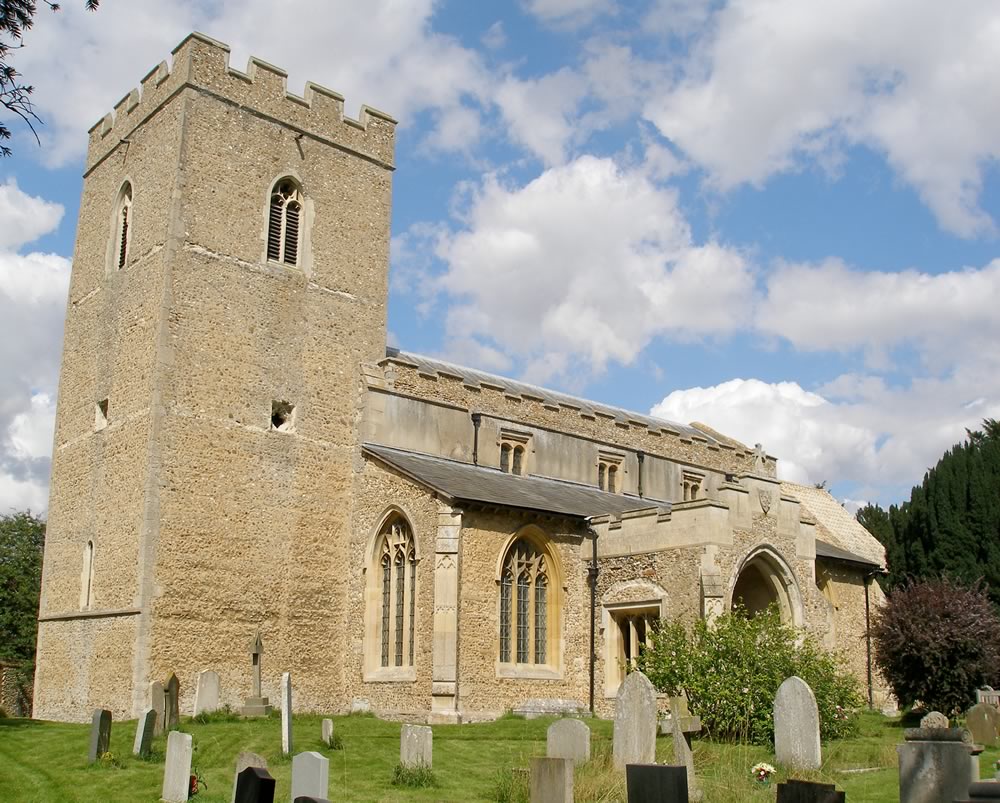